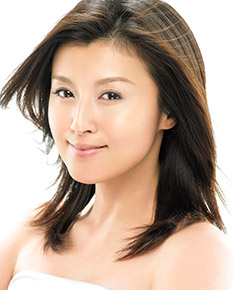 After being crowned Miss Japan in 1992, Norika quickly rose to stardom as a top model and actress, representing Japan and Asia on-screen in films and TV dramas, as well as on stage. With numerous contracts with the nation’s top corporations, Norika is also known as the queen of commercials in Japan. In addition to acting, her portfolio includes voice over work, writing, producing, and MC work.

Off-screen, triggered by her involvement in aiding victims in the Great Hanshin-Awaji Earthquake in 1995, Norika has since become prominently involved in international charity projects, especially those in promoting global environmental awareness.

Under her real name ‘Norika’, Norika plays the Heroine in this vibrant action movie. This film was a box office hit and number one film of the century in Hong Kong China, Taiwan, Malaysia, and Singapore.

Interview with Secretary General of the United Nations, Mr. Kofi Annan, gave a speech at the United Nations conference in New York and opened a charity photography exhibition in NY
2005:
Founded Anda Girl’s Primary School in Bamiyan, Afghanistan
3/2006:
To Timorlest (Invitation by the U.N. to travel as a photographer)
2006:
Attended the United Nations Headquarters in New York as a photographer for the “Human Security for All” photography exhibition
2007:
Appointed as Public Relations Envoy for the Red Cross
2/2008:
Traveled to Bangladesh as PR Envoy for the Red Cross to aid the needy and interview victims of disaster
3/2008:
Traveled to Tuvalu, islands said to sink into the ocean due to global warming, to promote environmental awareness
3/2008:
Founded “Norika School” for children in Cambodia, a project developed independently by Norika with the cooperation of JHP.